Airsacculitis is a lower respiratory-associated disease in chickens, and is defined as inflammation of one or more of the air sacs. Air sacs serve as an integral part of a chicken's respiratory system. Chickens have nine air sacs, which are thin-walled bubble-like pockets that work as a system to circulate oxygen throughout their bodies. There are four paired air sacs (cervical, cranial and caudal thoracic, and abdominal) and one unpaired air sac (clavicular).

When a chicken's air sacs become inflammed, it causes them to thicken and accumulate purulent, or caseous material within the air sac cavity. This is usually caused by a bacterial or fungal infection, and less commonly a virus. Some of the most common pathogens isolated from chickens with airsacculitis include Escherichia coli and Mycoplasma gallisepticum. 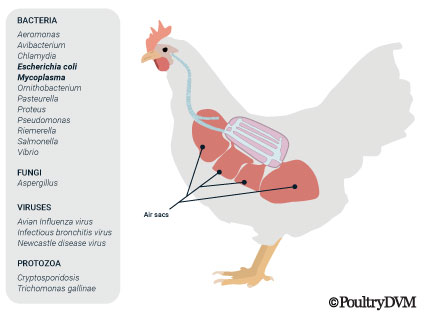 Specific diseases associated with onset of airsacculitis include: 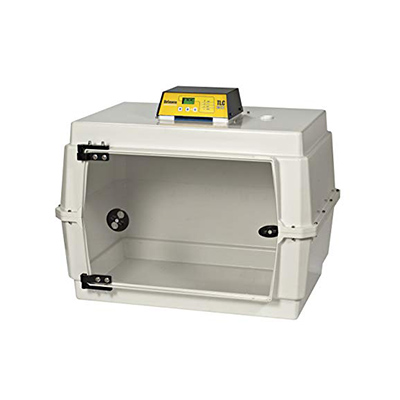 It is most commonly seen in younger birds, between 6 to 9 weeks of age.