Tapeworms (cestodes) are flat, ribbon-shaped, segmented intestinal worms belonging to the cestode family. They are commonly found in the intestinal tract of backyard or free range chickens worldwide. There are more than 4,000 different species of tapeworms that affect a wide range of animals. Several species of tapeworms can infect chickens, with the most common being Davainea proglottina, Raillietina echinobothrida, R. tetragona, and R. cesticillus.

Unlike roundworms, that live freely in the chicken's intestinal tract, tapeworms anchor themselves into the wall of the bird's small intestine with their hook-like mouthparts. Tapeworms also differ from roundworms in the way their bodies grow, which occurs as increasing segments.

Most tapeworms won't actually cause physical damage to the intestinal wall, however by taking all the nutrients away from the bird, it is still damaging to their health, resulting in stunted growth/weight loss, nutrition deficiencies, and increased risk of infection or disease.

Davainea proglottina is a species of tapeworm which does sometimes cause damage to the intestine, which leads to peritonitis. If the infection spreads to involve the head and sinuses, affected chickens may present with neurological signs such as torticollis (aka wry neck).

Tapeworms have an indirect life cycle. They use arthropods and other invertebrates as intermediate hosts (snails, slugs, beetles, grasshoppers, mini-wisps, ants, earthworms, termites, and houseflies). 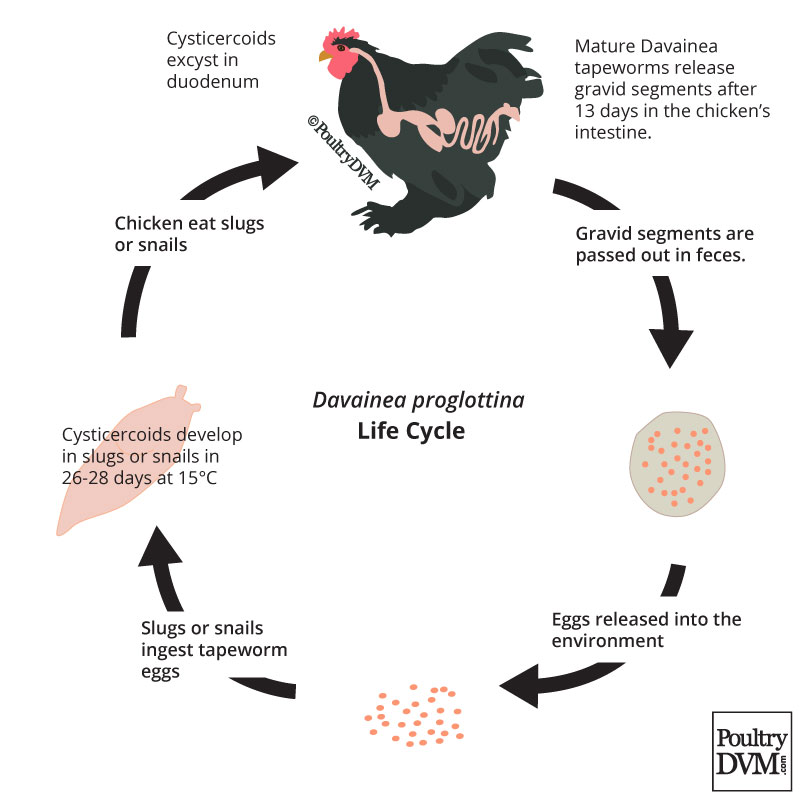 Chickens become infected by eating the intermediate host. Once the host is consumed by the chicken, the tapeworm larvae that was initially contained within its host gets released, into the chicken's gastrointestinal system. From there, the tapeworm larvae attach themselves to the intestinal wall, where they continuously absorb nutrients from food eaten by the chicken, instead of the chicken absorbing it. Once the tapeworm has matured into an adult, it sloughs off part of it's segments which also contain eggs, which gets passed out of the intestines and into the chicken's feces and contaminating the surrounding environment. Intermediate hosts will consume the sloughed tapeworm and its eggs, where the eggs will grow into larvae, and the cycle repeats itself. 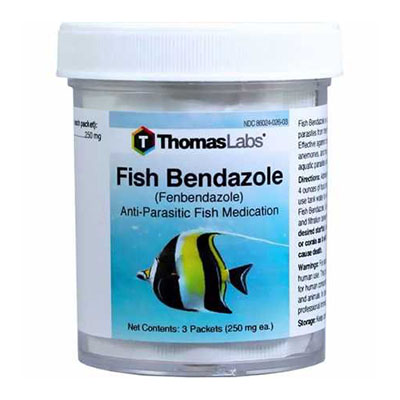 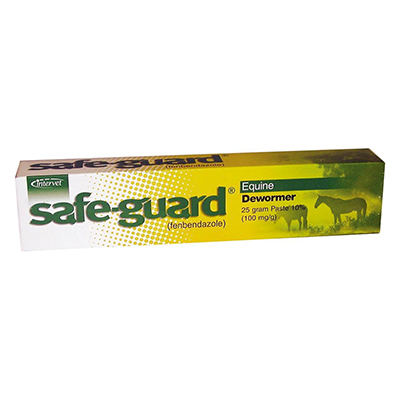 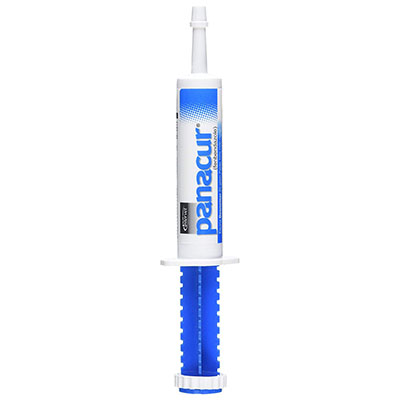 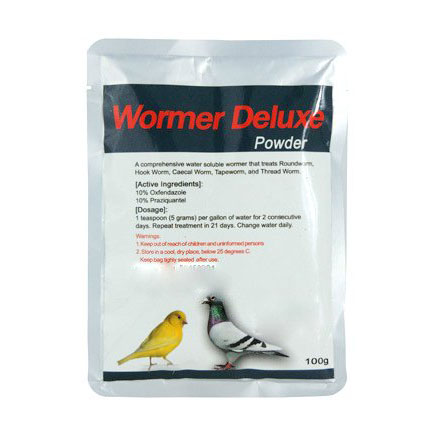 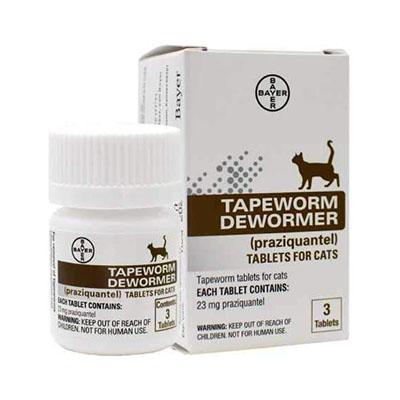