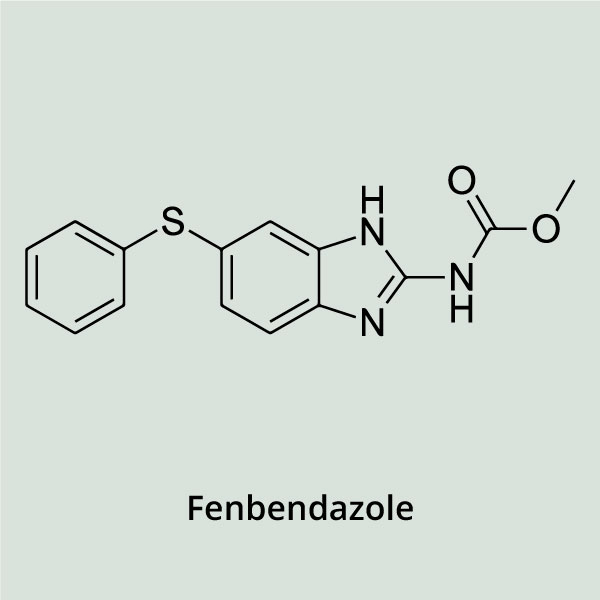 Fenbendazole (brand names Panacur® and Safe-Guard®) is a benzimidazole anthelmintic used 'off label' to treat a variety of intestinal parasites (e.g., roundworms, flukes, certain types of tapeworms, and Giardia) in pet poultry. Fenbendazole can be administered to each chicken orally by syringe, or added the flock’s drinking water source. Fenbendazole may not be effective against Capillaria spp.

Fenbendazole is absorbed in the intestine, and is rapidly metabolized by the liver. The metabolic pathway of fenbendazole in chickens is the same as in mammals. Fenbendazole is eliminated from the body predominately by the feces. Residue levels in the eggs is highest the first day following the last day of treatment, and decline rapidly thereafter.

Fenbendazole must be given for 3-5 consecutive days to kill parasites, since it needs to halt cell division for a certain duration before it is fatal to the parasite.

Storage/Stability: Fenbendazole should be stored at room temperature.