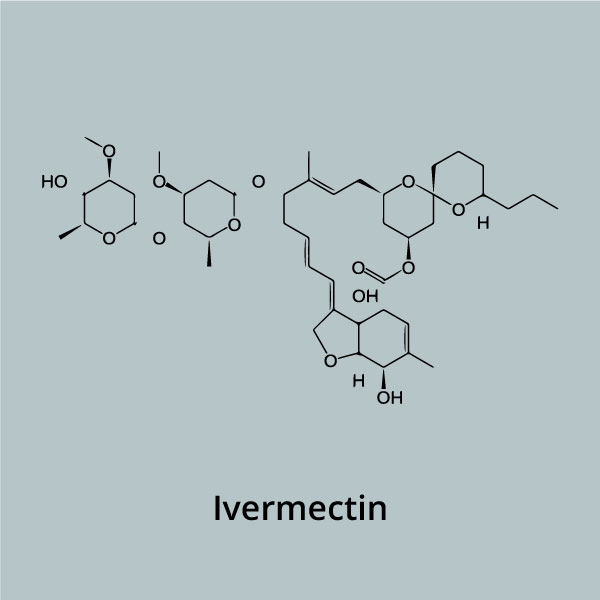 Ivermectin is a macrocyclic lactone anthelmintic used to treat a variety of internal and external parasites commonly found in pet poultry. Ivermectin is sold as a drench, injectable, or pour-on solution sold for use in cattle, goats, swine or horses. It is used off label in pet poultry, and given to each bird orally (PO), topically, IM, or added to the flock’s water source.

Ivermectin is effective against the following parasites:Ivermectin, like other macrocyclic lactones, binds to glutamate-gated chloride ion channels in invertebrate nerve and muscle cells. The cell membranes then develop an increased permeability to chloride ions causing hyperpolarization of affected cells and subsequent paralysis and death of the parasite.

Note. Dosages over 5 mg/kg of body weight of the bird are toxic to pet poultry. Ivermectin is not effective on tapeworms.

Egg Withdrawal Period: Has not yet been established for ivermectin however, an egg withdrawal period of 7 days would be recommended, but that is up to the owner, the eggs should not be given away or sold commercially.