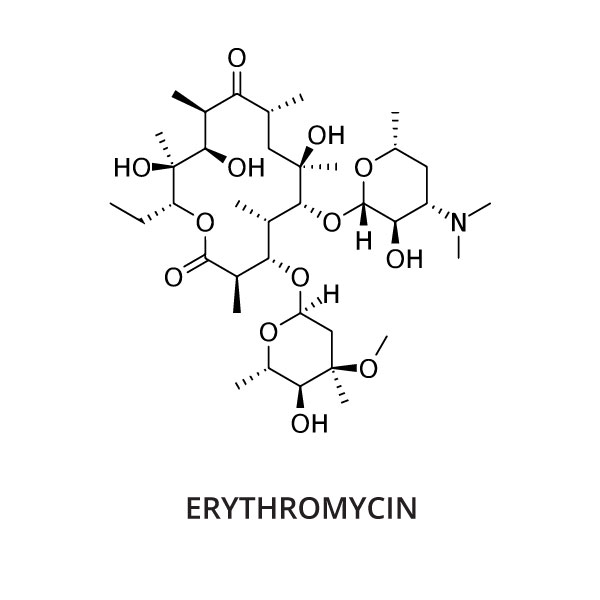 Erythromycin is a broad-spectrum, macrolide antibiotic. It has activity against many gram-positive organisms (including Staphylococcus spp and Streptococcus spp) and some gram-negative organisms. It is also effective for mycoplasma infections. Increased bacterial resistance to erythromycin is reported.

In the United States, erythromycin is one of the few drugs approved by the FDA for use in egg laying hens.

Drug Storage: Erythromycin should be stored in the refrigerator until right before giving it to the bird, after which it can be stored at room temperature for no more than 14 days.

Egg Withdrawal Period: In the United States, Ireland, United Kingdom, and Australia, erythromycin is approved for use in laying hens producing eggs intended for human consumption when its given in accordance with each product manufacturer's label directions; where it has a 0-day egg withdrawal period.