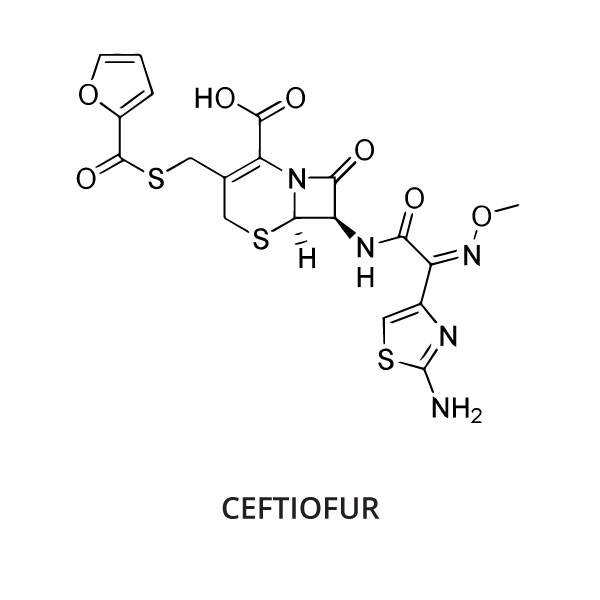 Note: Cephalosporins may disturb the normal intestinal microflora of poultry, particularly when administered at high doses.

Egg Withdrawal Period: Ceftiofur is not approved for use in hens which are producing eggs intended for human consumption.

Storage/Stability: Unreconstituted ceftiofur sodium powder for reconstitution should be stored in the refrigerator (2°-8°C). Protect from light. Color may vary from off-white to tan, but this does not affect potency. After reconstitution with bacteriostatic water for injection or sterile water for injection, the solution is stable for up to 7 days when refrigerated and for 12 hours at room temperature (15-30°C).