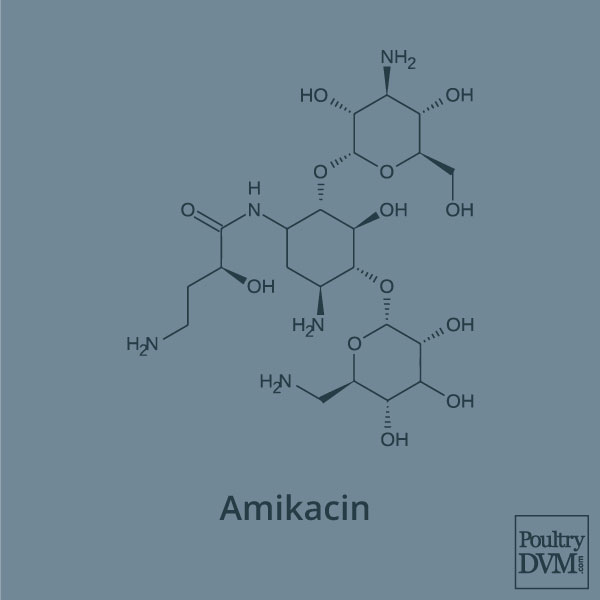 Amikacin is a semi-synthetic aminoglycoside antibiotic. Aminoglycosides are used primarily for the treatment of infections caused by aerobic gram-negative organisms. They are not active against anaerobic organisms. They are also active against Pseudomonas spp., especially when combined with a third generation cephalosporin (cefotaxime) or late generation penicillin (piperacillin).

Amikacin is the least nephrotoxic of the aminoglycosides (others include gentamicin, neomycin, and dihydrostreptomycin). To minimize risk of renal toxicosis, ensure the bird stays hydrated while on this drug.

Antimicrobial activity of the aminoglycosides are enhanced in an alkaline environment. Amikacin is not useful for birds with abscesses and exudates.

Storage/Stability: Amikacin is stable for at least 2 years at room temperature.

Note 1.3 grams of amikacin sulfate is equivalent to 1 gram of amikacin.