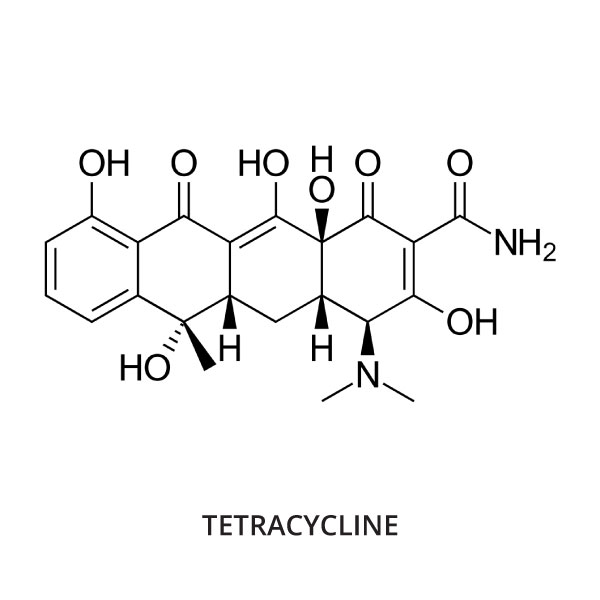 Tetracycline is a broad-spectrum bacteriostatic agent that works by inhibiting protein synthesis. Other similar drugs include Chlortetracycline, Oxytetracycline, and Doxycycline. Tetracyclines have activity against gram-positive and gram-negative bacteria, including some anaerobes. It is also active against Chlamydia, Mycoplasmas, and some protozoa, and several rickettsiae. Specific bacteria within the tetracycline's activity range include Escherichia coli, Klebsiella spp, Pasteurella spp, Salmonella spp, Staphylococcus spp, and Streptococcus spp.

Tetracycline should only be administered orally, because it is poorly absorbed if administered via IM. It can be added to the flock's drinking water or feed. The half-life elimination for tetracycline in chickens is 2.8 hours.