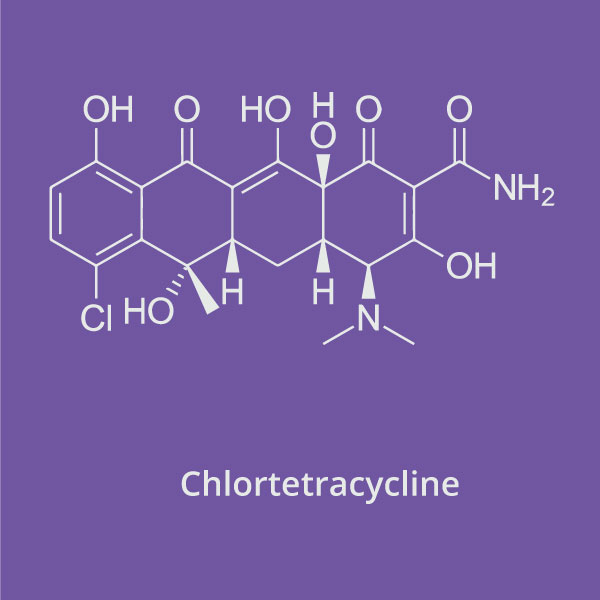 Chlortetracycline is a broad-spectrum bacteriostatic agent that works by inhibiting protein synthesis. It is one of the few antibiotics approved for use in laying hens producing eggs for commercial use in the United States, Australia, Canada, and Ireland. Chlortetracycline is one of the older antibiotics from the tetracycline class. Other drugs from the tetracycline class include Oxytetracycline, Tetracycline, and Doxycycline. Tetracyclines have activity against gram-positive and gram-negative bacteria, including some anaerobes. It is also active against Chlamydia, Mycoplasmas, and some protozoa, and several rickettsiae. Specific bacteria within the tetracycline's activity range include Escherichia coli, Klebsiella spp, Pasteurella spp, Salmonella spp, Staphylococcus spp, and Streptococcus spp.