Chickweed is one of thirteen hens rescued by Hummingbird Homestead & Farm Sanctuary (HH&FS) from a “cage free” laying hen farm located in the Hutterite colonies in Alberta, Canada. HH&FS had caught wind that this particular facility was going through a culling of their laying hens, and were selling them for $2 a hen for meat, and was planning to kill the remaining birds that they couldn’t sell. This particular poultry operation were rumored to be a facility which killed their “spent hens” through throwing them into a woodchipper.

When HH&FS arrived at the facility, they were told to wait outside---they were not allowed to enter any of the buildings---which consisted of a large industrial-looking building which housed 5,000 hens. HH&FS’s contact came out to meet with them and he and another man went inside the building, coming out a couple minutes later carrying a fistful of 4 to 5 hens in each hand, by their feet, hanging upside down. The little birds looked so petrified that you might have thought that they were ghost hens. All of their combs were the palest pink color, and their bodies were covered with blood and sores. As soon as HH&FS had hens in their car, they immediately left the facility as quick as they could---vowing to the hens that they would no longer have to endure such conditions ever again.

Upon arrival to the HH&FS, the hens were moved from the car into a small henhouse that had already been set up for the birds’ arrival with fresh clean bedding, water access, safe from predators, and warmth. The henhouse provided plenty of area for the birds to roam in their new house—however, since the hens were not use to having an area to roam about in, so they stayed huddled together in a corner.

A Long Journey to Rehabilitation

The next morning, HH&FS went to check in on the rescued hens. Upon opening the door of the henhouse, a ray of sunlight streamed inside and into the area were the hens were resting. Immediately all the girls jumped up in fear and rushed over to the corner of the house where the shadows were thickest---for they were scared, for it was the first time they had ever seen sunlight. HH&FS reached inside the henhouse to replace the water---another great panic arose from the hens as they scrambled yet again and positioned themselves even further into the corner in a close huddle with one another. To the hens, humans were scary monsters---to be avoided and feared. HH&FS knew that earning trust from the girls was not going to be easy.

Initially, they began by just sitting quietly in the straw nearby the hens---offering them food by hand. The girls got the hang of it fast—and quickly realized that they were a source of food. However upon doing this, they realized that the feeding arrangements might become a problem---as the hens were used to having to fight each other for food, and so to avoid any accidently injuries, they had to experiment a bit in order to find a feeding system that allowed all the birds to be able to get an equal amount of feed.

HH&FS soon began to realize that one hen was much smaller than the others. Upon observing her behavior, they realized that this same hen was having difficulty getting enough food from the others, who appeared to bully her more than the rest. HH&FS soon realized that they had to separate this littlest hen from the others, for as the others grew, she was shrinking. HH&FS relocated the smallest hen into their house, where they could provide her some extra support and gain some weight. HH&FS decided to name this little hen Chickweed, after the tiny, delicate white flowers that blossom on the herb---it suited her perfectly.

At first, Chickweed was very nervous about being around people. However, HH&FS took baby steps with her, and patiently waited for her trust. It has been about a month or so, and now Chickweed enjoys cuddles and is no longer in fear of interacting with humans. She has improved significantly with just some additional support and care---she even has new feathers that have grown in! She is still in the middle of her road to recovery, but she is getting there. HH&FS have recently decided that Chickweed will be their full-time house chicken, so she is currently getting fitted for a chicken diaper! 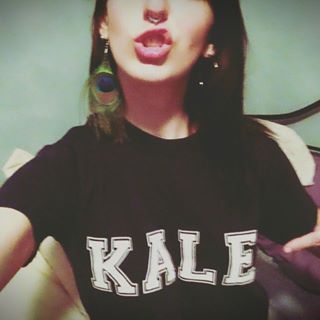 Hummingbird Homestead & Farm Sanctuary (HH&FS) is a small sanctuary located in Alberta, Canada that is run by a mother and daughter team, who are both vegans. The sanctuary is located on 20 beautiful, pristine acres and is one of the only sanctuaries in their area of rural Alberta. For the past six years, they have operated on a shoestring budget, saving a wide range of critters that needed a home many being small exotic pets. However recently, after acquiring the hens, they have decided to put together a crowdfunding campaign to try to raise money to take in larger animals, such as goats, donkeys, llamas, and alpacas, which are all animals that they have experience taking care of. Unlike some sanctuaries, HH&FS will buy an animal if it is needed to save their life. They believe that an innocent should not go to the butcher’s block just to prove a point. Once rescued, they want to provide all their animals with the best life possible---so that they can live out the remainder of their lives happy---enjoying good grub, mucking in ponds and puddles, and soaking in the sunshine.